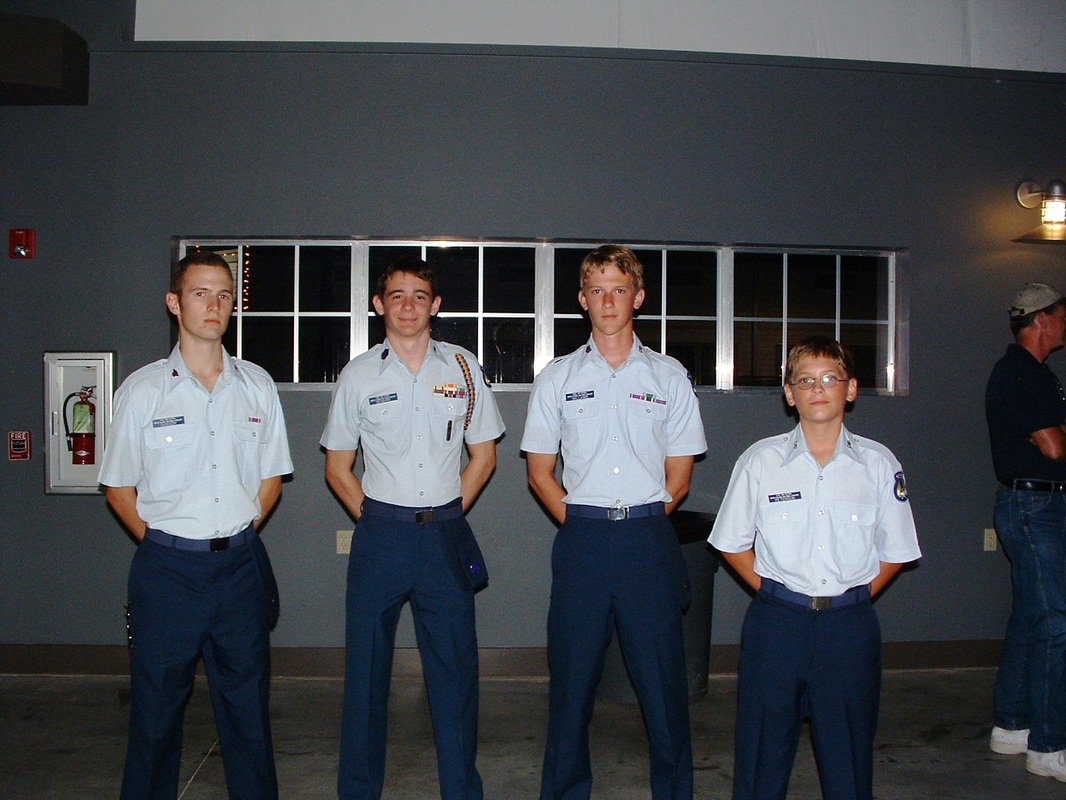 With the closing of the Boerne Hill Country Squadron, the TX442 Cadet squadron was created in 2006. Major George Otto was appointed as the first Squadron Cadet Commander with Senior Member Leian Peterson assisting in running the squadron. Three cadets transferred from the Boerne Squadron making the total number of members of the Cadet Squadron 5. The squadron met every Thursday from 7:00pm to 9:00pm, at the Fredericksburg Christian School.

Not long after the opening of the squadron an Open House was held to educate the public of the new squadron in Fredericksburg. Information was sent out to surrounding towns, and the first new Basic class of the Fredericksburg operation began with seven cadets, making the total cadet number, ten. The three original cadets taught drill and ceremony, customs and courtesies and proper uniform wear.  Senior members from the Kerrville squadron taught classes in Aerospace Education, Moral Leadership, Physical Training, Emergency Services and tested the cadets at the end of their the BCT class, to earn their first achievement, along with assisting the older cadets to advance as well. Senior members also conducted Orientation Flights after all cadets were properly uniformed. By 2008 the squadron had grown to a total of eighteen cadets.

In 2006 cadets marshaled aircraft for the Experimental Aircraft Air Show Texas fly-in held in Hondo.  In 2007 15 cadets worked tirelessly for 8 consecutive days launching and recovering over 40 gliders per day in support of the SW Regional portion of the National Glider Association Competition.  Gliders from all over the SW United States participated, including 2 from the U.S. Air Force Academy.  As a reward for their hard work, every cadet received a flight in one of the gliders.

From the start of the squadron, cadets have served in numerous positions at encampment and earned many awards. Cadets have served as guidons, staff members such as Flight Sergeants, PAO, SET team, and Medical Staff. There have been numerous Honor Cadets and shooter awards earned. Through 2012 cadets have earned eight Billy Mitchell Awards, and three Earhart awards.

Commencing in 2007, the cadets participated in the Wreaths across America project which is a national event each December at Veterans Cemeteries across the United States.  Wreaths were laid during a ceremony at the Kerrville Veterans Cemetery.  The cadets served as a Color Guard for the event and participated as an Honor Guard laying the individual wreaths.

In 2009 the unit was awarded the SQUADRON OF MERIT AWARD by the National Commander, Civil Air Patrol.